After four years of reviewing synthwave music, off and on, I have decided to move on in order to focus more on my creative writing going forward.

I will continue to use the Watermelon Banzai name on Twitch, and might leave the occasional review on Bandcamp, but nothing else is planned beyond those.

With that, I just wanted to thank all those who supported me over the years.

It was greatly appreciated! ❤

Watch Out for Snakes recently dropped a new single, “Fight Those Invisible Ninjas,” and I’ve probably listened to it at least a few dozen times already if not more since its release. It’s very catchy, for one thing, with that patented chipwave sound which WOFS is known for as the track blends a unique balance between head-banging hardcore and head-bopping pop. Which makes sense, due in part to “fighting invisible ninjas” being a term for dancing in the hardcore scene; something I was personally unware of until I read a review of the song over on Synthpocalypse. Yes, I truly lived a sheltered life and have proven once again that I really know absolutely nothing about music.

Regardless, I do know that this song rules… for more than just one reason!

Synthwave and cyberpunk often go hand-in-hand, or at least that’s the prevailing narrative, but I’ll be completely honest: I’m getting a little tired of the drab, dark, foreboding aesthetic of neon lights in rain soaked cities filled with technological marvels and atrocities, etc. Now I don’t mean to shame anyone with such an open admission of my own preferences, or how others use music as their own personal escape in turn, but I’ve been finding it increasingly difficult to listen to the cyberpunk subgenre of synthwave due to the fact that reality feels more cyberpunk than ever. I dunno, it’s just been hard for me to “escape” when the line is blurred between worlds; I can’t say I’m excited at all for Cyberpunk 2077 either.

So, what have I been listening to as of late? Well, if the “cyberpunk” subgenre of synthwave is its science-fiction then the subgenre known as “fantasynth” would be, as its name suggests, one that delves into the realm of fantasy. I know it could also be mispronounced as something to do with Fanta, the soda, but I’ll leave such a concoction up to a certain Twitter account. In any case, I can’t take the credit on the name “fantasynth.” In fact I only recently became aware of its existence through the tags at the bottom of the Bandcamp page for one of my absolute favorite synthwave artists: Paladin. If that name sounds at all familiar to visitors of this site, well, that’s because I’ve talked about them a bit before.

To which I’ll now talk about them some more…

Hey, remember when I said that I was going to start doing write-ups about my cassette tape collection? Good times! Well, happy days are here once again… END_OF_DOCUMENT_TOKEN_TO_BE_REPLACED

I swear this isn’t just a love letter to Modern Knight’s song of the same title, although I do personally love it on multiple levels. It’s catchy, it expertly uses sound clips from Indiana Jones and the Last Crusade (aka the best movie in the series), and its title is actually something that I agree with beyond just being a tongue-in-cheek sentiment. To explain what I mean, let me tell you a story: END_OF_DOCUMENT_TOKEN_TO_BE_REPLACED 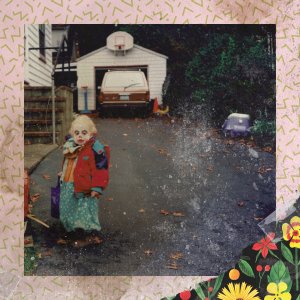 Is this an album made up of ten really short songs or actually just one song that’s been chopped up into ten HitClip-sized snippets?

It’s quite the “in your face” auditory experience, either way, in a world where most people don’t have the attention span to stop and listen to an entire album.

The Warhorse, therefore, dares you to take notice of such a uniquely “strange” experiment, that’s the length of one “normal” song, by proceeding to shove some real punk back into synthwave.

In my last post, about concept albums, I lamented how concept albums tend to adhere to being listened to all in one sitting rather than a “collection of singles” whereby most will just pick and choose as they go. That’s all especially true in this digital age, where playlists via such outlets like Spotify are all the rage; who really has time to sit down and listen to an entire album all in one sitting?

This thinking, at least as far as I’m concerned, is why I still love physical media. END_OF_DOCUMENT_TOKEN_TO_BE_REPLACED

You know what I like? I like concept albums. I like when an album is truly a sum of its parts, without one track outshining any other as merely a “single” that is meant to sell you on the rest. I mean, okay, there are exceptions to the rule; I’ll fully admit that I originally bought Aqua’s “Aquarium” because of “Barbie Girl” and Savage Garden’s self-titled debut for “I Want You” (after seeing them perform it during Nickelodeon’s Kid Choice Awards), but I eventually discovered that those albums were straight up bangers with every single track (to me). No, really!

Regardless, albums without a cohesive story or theme tend to be like a salad bar; you take what you want and leave the rest. Which is perfectly fine, as I really do enjoy plenty of albums like that, but to me there’s truly something to be said for an album which is an all around “experience” from beginning to end. Especially in these days of streaming music where it does seem like, for the most part, “whole” albums take a bit of a backseat to being merely a collection of random songs or just releasing singles instead. Some like croutons, some don’t, y’know? END_OF_DOCUMENT_TOKEN_TO_BE_REPLACED

Back around October 25th, I went a little bit off the deep end on Twitter in terms of holidays with their respective timings and observations. People were complaining about there being Christmas decorations on display before Halloween, there was Halloween candy at stores in August, and clearly capitalism just continues to go unchecked to the point where holidays and seasons don’t really matter much anymore. Did they ever really matter?

That said, there were a number of Halloween related albums which were released within the synthwave scene around the end of September, and into October, but I have to admit that I just really wasn’t feeling the spirit of the season at the time. In fact, by the end of October, I decided it was best to take a month long hiatus from the internet and so I therefore celebrated “No Net November” by staying off social media. Now that I’ve returned, and have more or less gotten back on my feet in more ways than one, I’ve suddenly got that feeling back in terms of wanting to indulge in a little bit of Halloween… in December.

Honestly, I still see no problem with this and so I stick to my previously mentioned tweet; I don’t think you really need to let holidays and seasons dictate when you should and can enjoy something. We’re a couple months removed from the “spooky season” and Halloween, yes, but does that mean I shouldn’t be able to go back and enjoy something now which was meant for only then? Just as how you can eat a turkey dinner every other day of the year besides Thanksgiving, and how you should show someone you love them every other day besides Valentine’s Day, I believe that you should be able to enjoy scary synthwave music any day of the year as well; that’s what darksynth is for, no?

Anyway, here’s a fun size sampling of Halloween related synthwave albums which I enjoyed along with me comparing them to brands of candy (with no gimmick infringement intended towards OSW) just because, hey, why not?