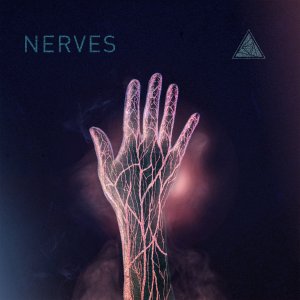 This past year has seen a real surge within the synthwave scene from a steady rise in live shows to an overall increase in acts, albums, and tracks but depending on who you ask will also depend on if this is all a good thing or not. Some say that it’s a simply a case of the more the merrier, meaning that the more acts there are the more the genre as a whole gets noticed, grows, and flourishes in turn.

However, some are just as quick to point out the old “too many cooks in the kitchen” proverb, citing a heightened sense of saturation which has unfortunately lead to some acts becoming casualties in the seemingly never ending “release wars” where acts are pushing out material at a breakneck speed.

Regardless of your position on the matter, something can at least be said for any act that doesn’t get the attention that they so rightfully deserve and especially at no other time than right after releasing a full-length album. I myself am no saint and will publicly admit that, while I knew full well that Alex Barbarian released their album Nerves back in October of 2017, it wasn’t until recently that I actually gave it a proper listen and I’m glad that I finally did because again it is just tragic how much this album got overlooked; it only has two purchases on Bandcamp as of this writing, in fact, and one of those is me! Stop and listen to this right now:

Hailing from Huntington Beach, California, Alex Barbarian has masterfully crafted a rather haunting assortment of slow, calculated, and methodically heavy bass-laden synth tracks that border on the surreal and remind me very much of Trevor Something in the album’s overall execution. Such a comparison is by no means done to overshadow the uniqueness of the tracks here, but rather a familiar similarity as a gateway for those who may still be unsure if they’re ready to turn the key on such potential that’s to be unlocked and experienced.

Said potential comes in the form of quite an eclectic mix in terms of the tracks on the album, offering something for everyone, from the more ambient ones like “The Tension” and “The Thoughts,” to the equally impressive vocals on others featuring Krista Marina, namely “Bliss” and “Yucca Field, Pt. 2,” whose voice helps to add a mesmerizing infusion of slow jam synthpop and jazz sensibilities.

Then, of course, there is Alex Barbarian himself whose dulcet tones are themselves quite fluid in sound and are able to really convey a raw emotion in the process. Some might find them to be a bit emotionless, perhaps maybe even a tad too robotic, but I feel that would be simply making a gross oversimplification as I couldn’t imagine any other type of vocal work at play here in this video:

Alex Barbarian has been rather quiet since the release of Nerves, having only released a few tracks over on his Soundcloud, but you can also follow him over on Twitter too. Show him some love, ya’ll, seriously. He absolutely deserves it.