Gregorio Franco continues to prove that they’re not only one of the hardest working producers around, what with the ability to produce top notch release after release in relatively quick succession, but they’re also one of the most versatile as each of their subsequent releases tops the one before in both production and stylistic variety. Clearly a fan of the Mega Man X series of video games, Gregorio Franco furthers that masterwork tradition in a second volume of covers which simply rock, man. 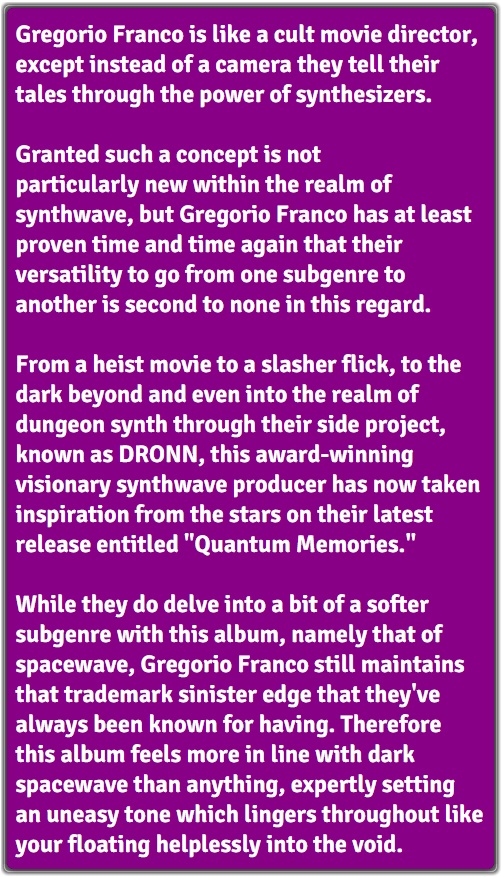