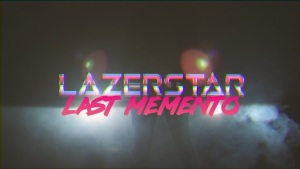 They say you only get one chance to make a first impression and, in the case of music, that usually occurs during the opening track of an album as it’s meant to set the mood for what will follow, like the opening scene in a movie or the first chapter of a book, and (un?)fortunately that’s the only glaring flaw on this otherwise fantastic album.

“Night Drive,” the aforementioned kickoff song, ticks off a bit too many boxes of what has now become cliche tropes in a synthwave track. Sounds of a cassette tape being loaded? Check. Increasing drums while a car revs up and speeds away? Check. I could go on, but let me stress one important thing here: it’s not a bad track, per say, but in comparison to the rest of the album it feels slightly off like playing a game of “one of these things is not like the others.” It sets you up to think that the rest of the album will just be your traditionally average synthwave fare, yet it’s anything but as it stands proudly tall on its own which is a relief.

Perhaps more so than a relief, and more like a breath of fresh air, as each subsequent track moves away from that more generic synthwave sound and nestles in quite nicely among what some might call “future funk,” “synthfunk,” or “space disco” with some equally impressive vocal work that is altogether reminiscent of Daft Punk. However, all this is not to suggest that Lazerstar does not have a style or voice of their own, as I’ve already complimented their amazing vocal abilities, but their sound as well is very chill and relaxing which again is a contrast to the first track’s more intense and fast-paced nature.

In fact, and apologizes for continuing to harp on this, I feel as though “Night Drive” actually belongs on their previous release, entitled Battlefunk EP, which is certainly a much more upbeat collection of songs than Last Memento. Regardless of all this, and if there is any takeaway to be had in such a criticism, it’s that Lazerstar is certainly not a one-note act that’s tied to any specific flow; they’re like water in that they can fit in whatever musical container they want.