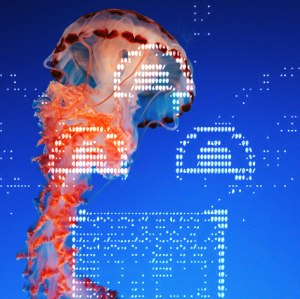 I was born in the mid-1980’s, and therefore I spent most of my early years in the 1990’s, so there’s always been this weird sense of belonging to the “proto-millennials” as I can still vividly remember a time before the internet and when computer technology became ever so commonplace. As some examples, I went from using a standalone Apple II in elementary school to using an internet-ready iMac by high school. I used payphones to call collect and was then amazed when I first saw a portable phone. I experienced the last glory days of arcades, and their downfall, as 2D graphics on home consoles using cartridges gave way to 3D powerhouses which harnessed the potential of CD based media. There was truly a sense of living in a time of great progress and promise back then, when sweeping changes in technology brought with it such an optimistic outlook for the future ahead.

“Twirl,” by Alpha Chrome Yayo, is an album which not only encapsulates those feelings but gives off an aura not unlike one might imagine from a genie in a lamp; potent magic which was somehow bottled has now been unleashed. While Alpha Chrome Yayo wrote some wonderful linear notes about the album, and what all it meant to him, I nonetheless felt compelled to write some of my own… END_OF_DOCUMENT_TOKEN_TO_BE_REPLACED I firmly believe that, when it comes to horror, less is always more because no matter what you’re presented with it’s nowhere near as terrifying as what your own mind can conjure up in its stead. Now, when it comes to video games, sound design is the true key component when trying to make a top tier horror title.

That said, I’ve been playing a lot of the Resident Evil 2 remake since it came out and, other than being blown away by the game visually, I really have to hand it to the sound design for heightening the tension. There’s nothing more dreadful than entering a room you’ve never been in before, hearing something shuffling around a corner and not knowing what’s there; other than maybe hearing the heavy footsteps of Mr. X somewhere near you and coming ever closer to you.

However, I have to say that there’s really only one aspect of the game which has left me feeling rather underwhelmed if not even entirely disappointed: the music. This might sound weird, but I found the music to be a bit too “modernized” for my tastes in terms of feeling too far polished. The music is not as gritty and/or raw as the original soundtrack, which I think really comes down to something being said about the progression in recording and listening technology actually taking away the organic nature of music, like the pops in vinyl or the hiss in a cassette tape being replaced by nothing but digital silence. END_OF_DOCUMENT_TOKEN_TO_BE_REPLACED

There are some who say that the sheer number of releases that fall under the “synthwave” umbrella is overwhelming, to which I don’t entirely disagree for it is hard enough for me to keep up with them all in terms of just simply listening on top of actually trying to write up a review as well, and therefore it is unfortunate when so many releases fall through the proverbial cracks.

Now despite the fact that I listen to a lot of synthwave, and also review it sometimes, that does by no means make me an “expert” on it nor would I ever claim to be as such; I see myself more of a keymaster than a gatekeeper. I also try not to involve myself in seemingly endless and, let’s be honest, pointless debates on what is or isn’t synthwave, which subgenres certain releases actually fit into, and so on and so forth, etc.

What I can do however is help to do my part in shining the spotlight on certain releases which have not only fallen through those aforementioned cracks, for one reason or another, but struggle to even be categorized within a certain subgenre or just synthwave in general. I often wonder why this happens in the first place, of which I am sure there can be countless reasons that are more or less unique to the consequences surrounding each specific release, so there may not really even be a general reason, or if it can even be avoided.

Such were the things I mused when I gazed upon the cover art for the recently released album by low.poly.exception entitled MEGASTRUCTURE(S). I try not to judge anything by it’s cover, as the old saying warns, but while listening to the album I couldn’t help but stare at the art because it reminded me of something although I wasn’t sure as to what for the longest time. I finally figured it out, but before I reveal that revelation I think it prudent for me to somewhat discuss “cyberpunk.”  END_OF_DOCUMENT_TOKEN_TO_BE_REPLACED